The Prepar3D v5.1 Hotfix 1 (5.1.12.26829) is now available. It can be downloaded immediately from the Purchased Downloads section of the website.

Only the Client installer is required for the majority of fixes present in Prepar3D v5.1 Hotfix 1. Therefore, the Content, Scenery, and SDK installers are optional. Each fix listed below is categorized per installer. Please note, you must first have Prepar3D v5 installed to utilize any of the standalone installers (Client, Content, and Scenery). The Prepar3D v5.1 Hotfix 1 update may require you to reactivate your product, however if you have an internet connection or have not made any major hardware changes between installations this should not be an issue. For more information please view the Prepar3D v5 Download and Installation Directions.

Thanks again for your support! 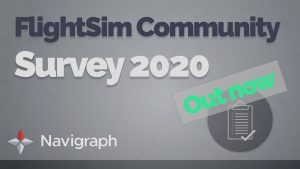 From 13-23 November 2020 Navigraph is conducting a FlightSim Community Survey together with several major addon developers and organizations within the flight simulation community. The survey, the largest of its kind, aims to gauge the prevailing flight simulation trends and users’ requests for future development.

Like previous years, this survey has an emphasis on the major flight simulators including Lockheed Martin’s Prepar3D, but now also includes questions about simulators on mobile devices, combat simulators, and helicopter simulation.

This is the largest and most comprehensive flight simulation survey in the world! By participating you are influencing the future of the community.

On the 10th of December (tentatively) results will be presented on https://blog.navigraph.com.

Prepar3D v5.1 brings a slew of new features and improvements across the entire platform. Enhanced Atmospherics is now default with improvements made to the entire system including better performance, lighting, reflections, and fidelity. The DX12 rendering engine has been further optimized offering additional performance and stability enhancements. Developers now have the ability to create panel and UI content using HTML5 and JavaScript opening up new possibilities for content creation and improving workflow. Multiplayer updates including vastly improved wingman and AI performance and the capability for headless mode hosting make multiplayer training scenarios even more immersive and scalable.

The following list of updates has been categorized based on the installer required. The Client installer is required for Prepar3D v5.1, however the Content, Scenery, and SDK installers are optional. You must first have Prepar3D v5 installed to utilize the Client only installer.

Fixes and Improvements (Professional Plus Only)

The Lockheed Martin Prepar3D team loves hearing about your experiences with Prepar3D at our Forums. The forums also give us an opportunity to listen to your feedback as we continue Prepar3D development. We’ve partnered with our forum users and with several featured developers to continue to bring added features, enhancements, and optimizations all while enabling additional backwards compatibility, making bug fixes, and improving stability.

FSFlyingSchool is an add-on team of artificially 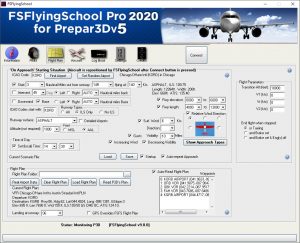 intelligent instructors for Lockheed Martin’s Prepar3D v5. It provides talking instructors to pilots on any flight, in any powered airplane, anywhere in the world. From the moment the flight starts, to the time the pilot walks away, the instructor is monitoring the pilot’s actions and will comment on and advise in hundreds of different areas, from airmanship to taxiing – navigation to weather considerations, and a great deal more.

Pilots have been flying with FSFlyingSchool for 14 years, during which time it has won 5 Classic Product Awards from PC Pilot Magazine.

Over 70 areas of airmanship are monitored during flight and full logs are maintained which can be reviewed later and indeed analyzed by several powerful tools built into FSFlyingSchool.

Pilots can talk back too. The voice command pack allows the pilot to ask for lots of useful information and to keep the instructor informed of the pilot’s intentions – this in turn leads to a deeply immersive simulation.

Optionally, pilots can position the aircraft for approaches to any land runway in 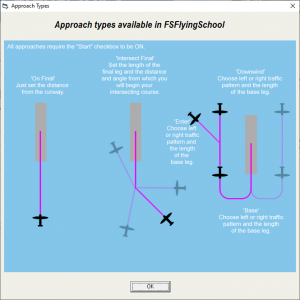 the world within seconds by using the ‘On Approach’ function of FSFlyingSchool with a few mouse clicks. These approaches include final, intersecting final, downwind, base and entering the pattern.

In addition, 15 specific popular aircraft are covered in a greater level of detail. The instructor knows their checklists and details such as power settings, fuel management, v-speeds, carburetor heat, cowl flaps, primer, fuel pumps, propeller levers and much more.

Pilots can try all this out with the free demo which has no time limit and comes with a full set of manuals.

After many years, ORBX Simulation Systems, remains the industry leader in providing high fidelity scenery packages for Prepar3D. While ORBX maintains a large catalog of beautifully modeled airports and regions throughout the world, today we showcase San Jose International Airport, their latest product to be released for Prepar3D v5.

Using the latest technology, you can experience jetways that integrate with your aircraft, and stunning dynamic lighting brings the airport to life during the late nights. Advanced PBR materials make the main terminal buildings look life-like from all perspectives giving you the ultimate experience at San Jose International Airport.